Trending
How to avoid scammers on the internet - Vanguard Bank of America’s 50 stocks to buy now as a ‘new world order’ takes shape - Fortune 8 Ways To Find Last-Minute Award Tickets To Europe - Forbes What will Johnny Depp’s legal victory mean for his and Amber Heard’s careers? - The Guardian 8 Ways You're Throwing Money Away on Food - GOBankingRates
Travel

More results…
Certain places are sure to be on your bucket list when planning a trip to Ireland; Dublin as the capital of Ireland, Galway as the Capital of Culture, and the Cliffs of Moher as a stunning example of breathtaking Irish scenery.
However, plenty of lesser-known spots around Ireland tend to fly under most tourists’ radars. From underrated scenic attractions to local towns and villages brimming with traditional Irish culture and history.
One such place is a Tipperary town, which has been named among ‘coolest places to go in the next ten years’ by international travel experts.
Senior Travel Contributor at Forbes Magazine, Ann Abel revealed that she has been asking travel experts where is on their radar for years.
This year, however, after almost two years of travel restrictions, she decided to reassess her normal approach to travel. Instead of focusing on where to visit within the next year, she extended her vision. She found out where she should visit within the next decade.
She said, “This uncertain year, as I was getting into it, something dawned on me: What’s the big rush? These places aren’t going to evaporate. If right now doesn’t make sense, there will be a time in the coming years when it makes more sense than ever.”
Consulting experts from all areas of the travel industry, Abel discovered some destinations will become popular within the next decade.
Thus, one Tipperary town, alongside nine other destinations, are among the ‘coolest places to go in the next ten years’.
County Tipperary is a landlocked county located in the province of Munster. Home to rolling countryside, breathtaking mountains, and glittering rivers and lakes, this scenic county is perhaps one of the most underrated in Ireland.
One of the most famous attractions located in County Tipperary is the Rock of Cashel, a 12th-century site home to many historically significant monuments.
Built high up on a hill, overlooking the surrounding valley, the Rock of Cashel is deemed by many to be the most impressive collection of medieval buildings in Ireland.
This site attracts thousands of local and international visitors every year. However, it is only part of the reason that a certain Tipperary town is one of the ‘coolest places to go in the next ten years’.
Boasting almost 1000 years of history, tradition, and folklore, we can assume that the town of Cashel won’t be going anywhere soon. This is why this Tipperary town was named among ‘coolest places to go in the next ten years’.
Tom Marchant is a co-founder of the luxury travel company Black Tomato. He explained why he thinks people will begin to recognise the town of Cashel as a bucket list-worthy destination.
He said, “Next year marks the 100-year anniversary of the signing of the Irish Constitution. And, along with it, a new wave of elevated experiences and service is arriving.
“The Rock of Cashel, one of the most spectacular and iconic landmarks in Ireland, is a sight to behold. While the locale has long held an appeal for tourists, it was rarely more than a day trip as part of a larger itinerary.”
Marchant stated that, aside from the Rock of Cashel, there is much to see and do in Cashel. From friendly locals, to family owned distilleries, you will have plenty to choose from.
He said, “But there really is so much more to see; this region is brimming with character. From local artisans, family-owned woollen mills and distilleries to one of the finest horse training establishments in the world.”
Boasting about the world-renowned warm Irish hospitality and friendly disposition of locals, Marchant recognised the allure of this Irish town.
He continued, “With an exciting new Relais and Chateaux hotel opening in the spring of 2022, there is no better time to visit this truly wondrous part of Ireland.”
Want to view the full list of destinations you need to visit within the next decade? If so, head to the Forbes website here.
Ireland Before You Die is supported by its audience. When you purchase through links on our site, we may earn an affiliate commission. Learn more
Subscribe to our mailing list and get interesting stuff and updates to your email inbox.
Thank you for subscribing.
Something went wrong.
We respect your privacy and take protecting it seriously 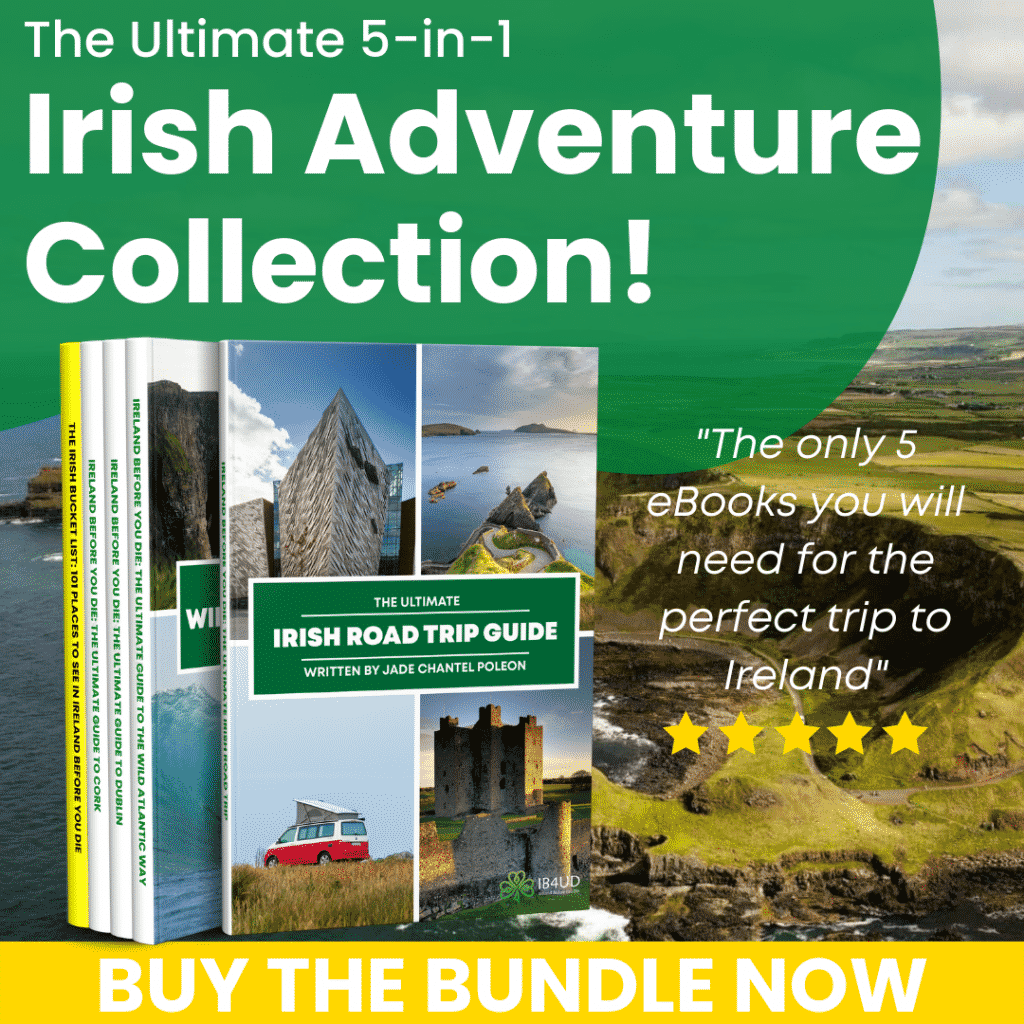 How to plan your 1st luxury train trip - The Points Guy

The COVID-19 pandemic gave us a rare opportunity to reevaluate the way we travel, and many people…
END_OF_DOCUMENT_TOKEN_TO_BE_REPLACED
0
0
0
Share
Travel

The Bay Area is a hiker’s paradise, home to thousands of trails threaded across the region’s…
END_OF_DOCUMENT_TOKEN_TO_BE_REPLACED
0
0
0
Share